Yesterday saw the first ever UCI Esports World Championships with men and women from around the world going head-to-head for the chance to be the first wearers of the famous rainbow bands. Canyon Esports had four riders representing with Lionel Vujasin, Ollie Jones and Michał Kamińsky in the men's race and Kristin Falck in the women's race. You can read our preview here if you haven't already. For the riders, it was a dream come true to race in a World Championships and we'd all been waiting anxiously for this day to come. In the end it did not work out exactly how we had planned it - but that is the very nature of bike racing.

The team came closest to grabbing the rainbow jersey in the men's race with Ollie Jones (NZL) coming in 4th and Lionel Vujasin (BEL) finishing in 6th. Michał Kamińsky (POL) from our Development squad also finished in 20th, ahead of some of the biggest names in cycling. In the end, the finish was a classic cycling scenario. Jason Osborne (GER) attacked early and not being a name well-known in the eRacing community (this was his second race this year) was allowed to go away while everyone else looked at each other and bided their time for the perfect moment to attack. Naturally, nobody wanted to be the one to go first and drag everyone to the line with them. But in the end, the German had created an unassailable lead and was able to hold it all the way to the line. It's the sort of move that would not normally come off in a standard eRace but in the end, was the perfect gamble. Both Ollie and Lionel were right there in the chase group, with Ollie just denied a podium place with a dropout from Tacx Neo with only 50m to the line. 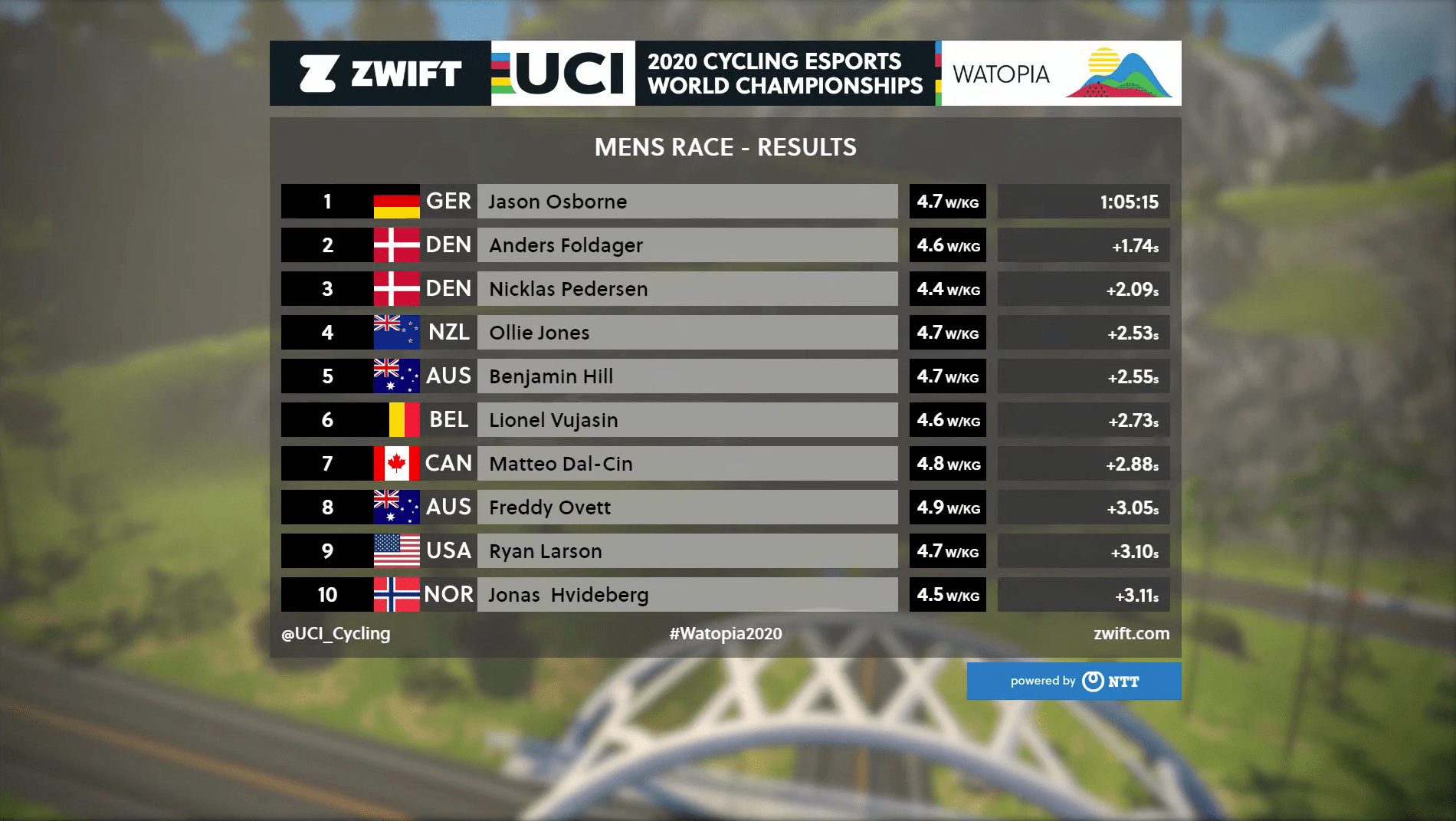 The race was perfect until the last 500m, I think most of the specialists were waiting for the 300m mark to send the final effort but the German’s team had another plan and went very early. There were still so many riders at that point and you have to pick a wheel and hope for the best. I launched my effort from longer than I would like to and ended up not being able to produce a strong enough kick at the end to get correct speed. Of course, 6th place is a top result but there is still a little frustration to be so close to the dream. On to the Academy finals now!

The race went quite well in the most part. I wasn’t sure how my legs would be since it was a 3:45am race start for me, but straight away I didn’t feel any bad sensations. It was definitely one of the easier eRaces I’ve done and I would have preferred if it was a lot harder, but it wasn’t really my place to dictate for a harder race since I was the sole NZ representative. I just had to keep position over the climbs and be ready to react to any small moves like were tried by the Australians and Belgians.

There was a huge number of dropouts during the race. I had Canyon eSports manager Rhys Howell as my DS on the day and he was definitely kept busy keeping track of the unfortunate riders who came to a grinding halt. Most notable of these riders for me was Jay Vine. I thought I had escaped equipment failure but as we rounded the last corner, the Zwift-supplied trainer for the event overheated and stopped registering my power, leaving me with no resistance for the last 5-6s of the race. It was gut wrenching to see 2nd place and then 3rd place snake around my lifeless avatar in the final few meters, and a place on the podium slip through my fingers. 4th place in the first eRacing World Championships is still a great achievement but I think it will take me a while longer to appreciate that result rather than rue what might have been. I hope to be back again next year to give it another crack. 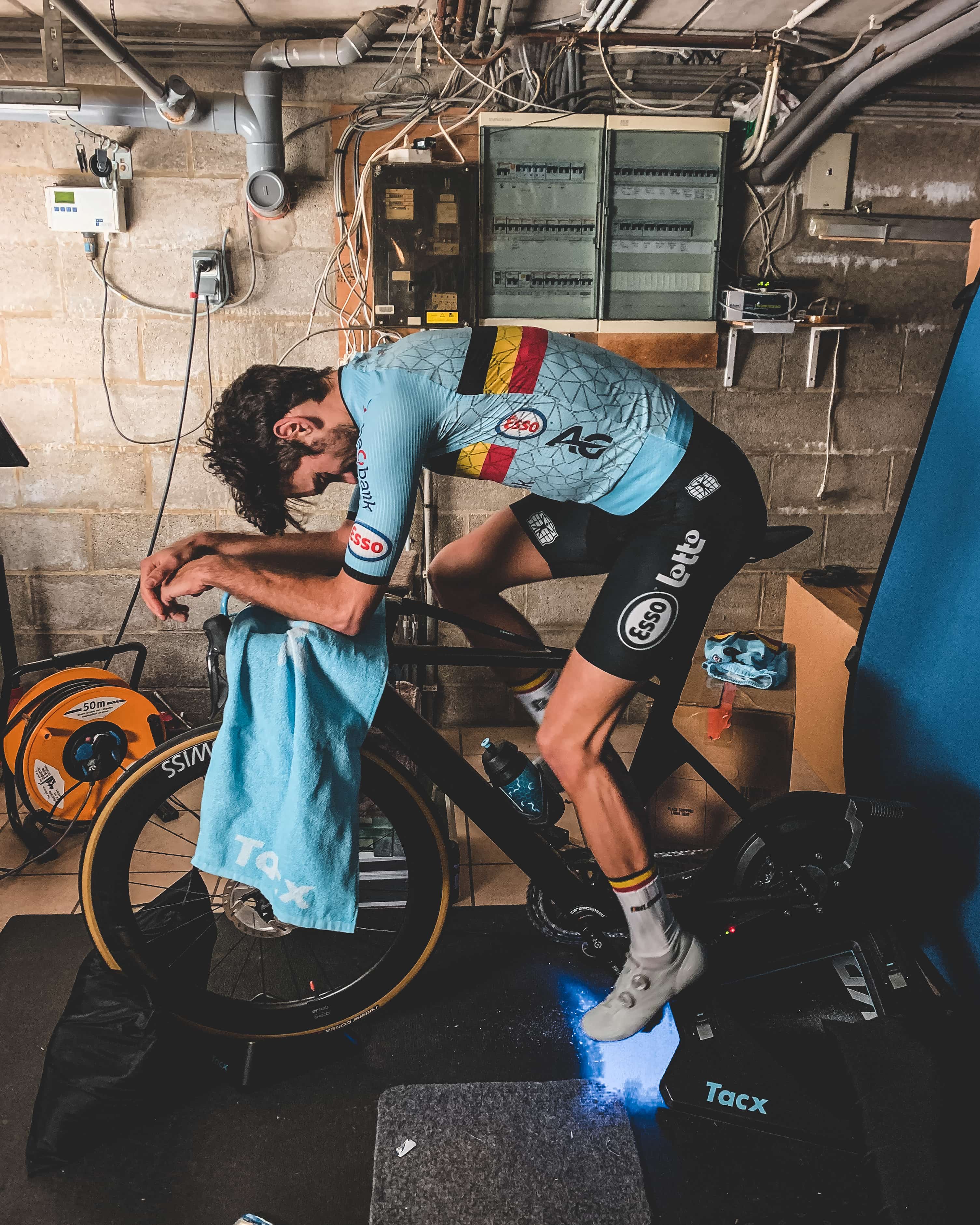 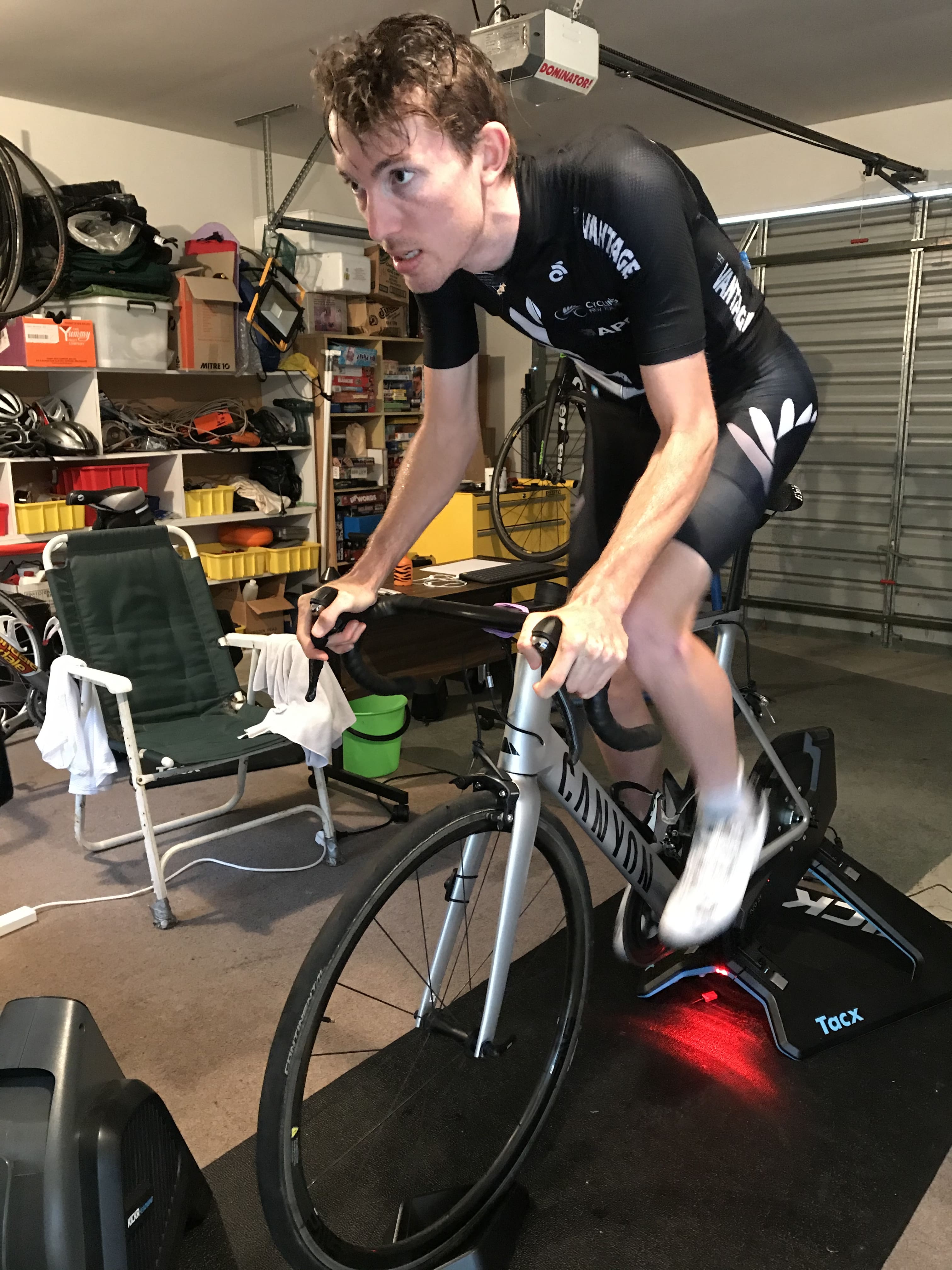 This race was really weird. I expected the pace from the start to be really high but in the end the pace really calmed down. Of course rate grew up the KOM but immediately after the uphill it stayed around to 3.5-4w/kg which is really slow for an A+ Category Zwift race. The decisive moment was during the final KOM and everyone gave everything they had. After the first steeper half of the uphill I was in the front group but the effort to get there was too huge and I lost wheels. In my opinion it was a fantastic race. I made my dream come true, to start in World Championship. I hope that I can take part next year and improve on my place.

In the women's race it was a similar affair with the winning move coming in the final climb - after nearly 50km of racing. Kristin Falck (NOR) was the only rider from Canyon Esports present and looked to be riding comfortably up until the first ascent of the Hilly KOM where she as well as some other big name Zwifters were distanced by the main pack. Kristin still pressed on and finished in 32nd place.

When the day finally arrived I felt prepared, nervous, but ultimately ready. The race didn’t really go as well as I had hoped, but rather more like I had expected. I knew what I was up against. Up the first climb I had to fill a gap which cost a lot and I was not recovered enough when the second climb came. I almost started crying to be honest, but pulled myself together and kept going. At this point my best option was to get a little rest and wait for the group behind. This gave me a chance to ride with some dutch superstars! For the finish I had recovered enough and felt I had more power to give. The result list shows that I was beaten by many, but I also beat some of those that tend to be better than me in the Premier league - not to mention that I was right behind Anna van der Breggen, and seven places in front of Annemiek van Vleuten! 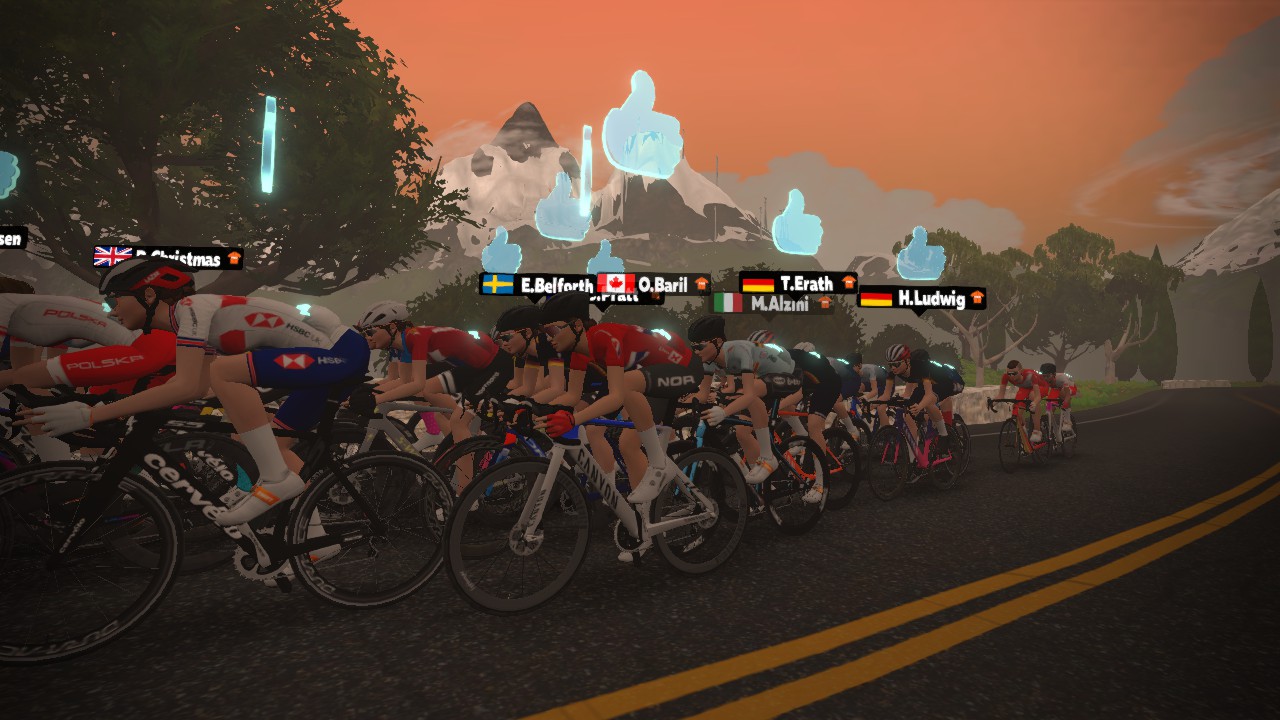 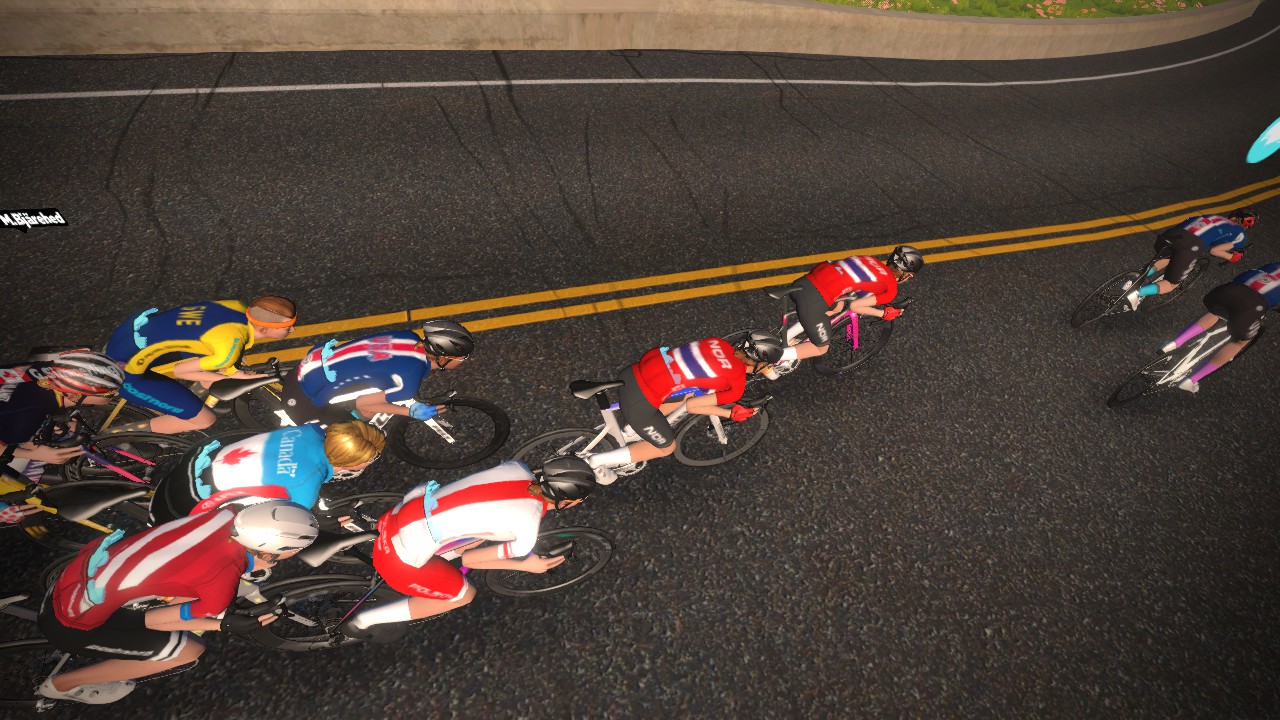 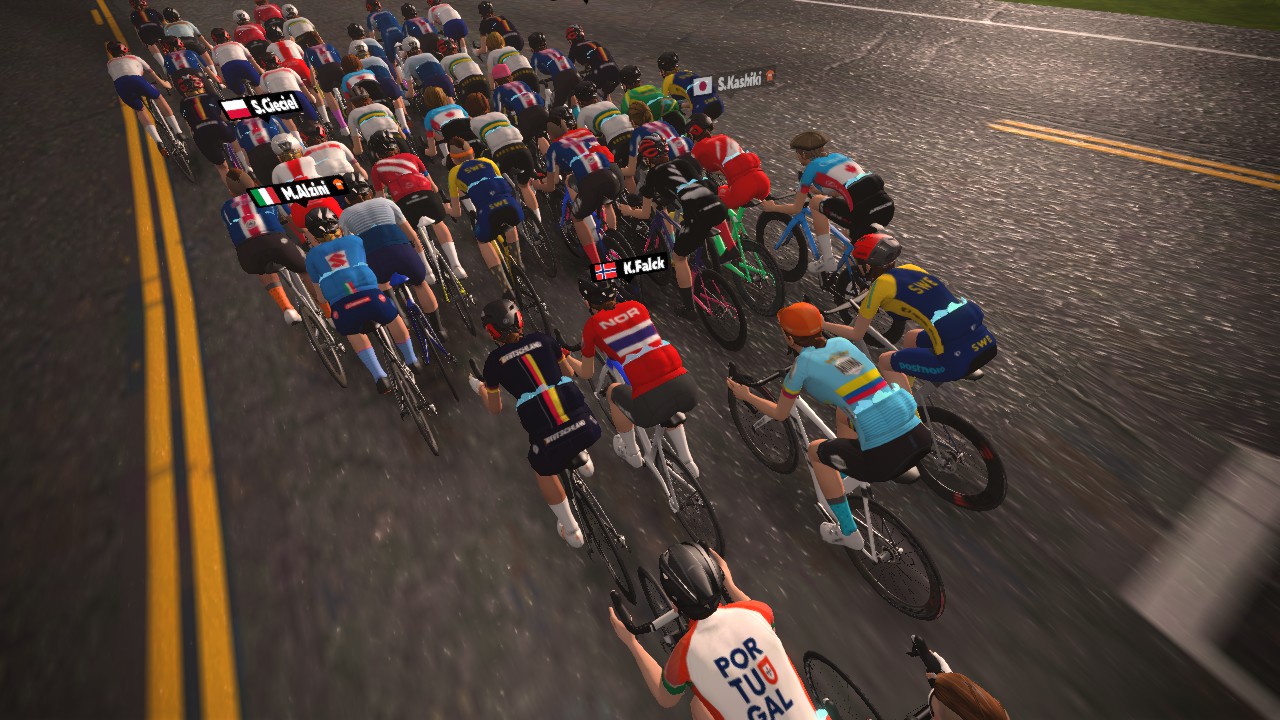 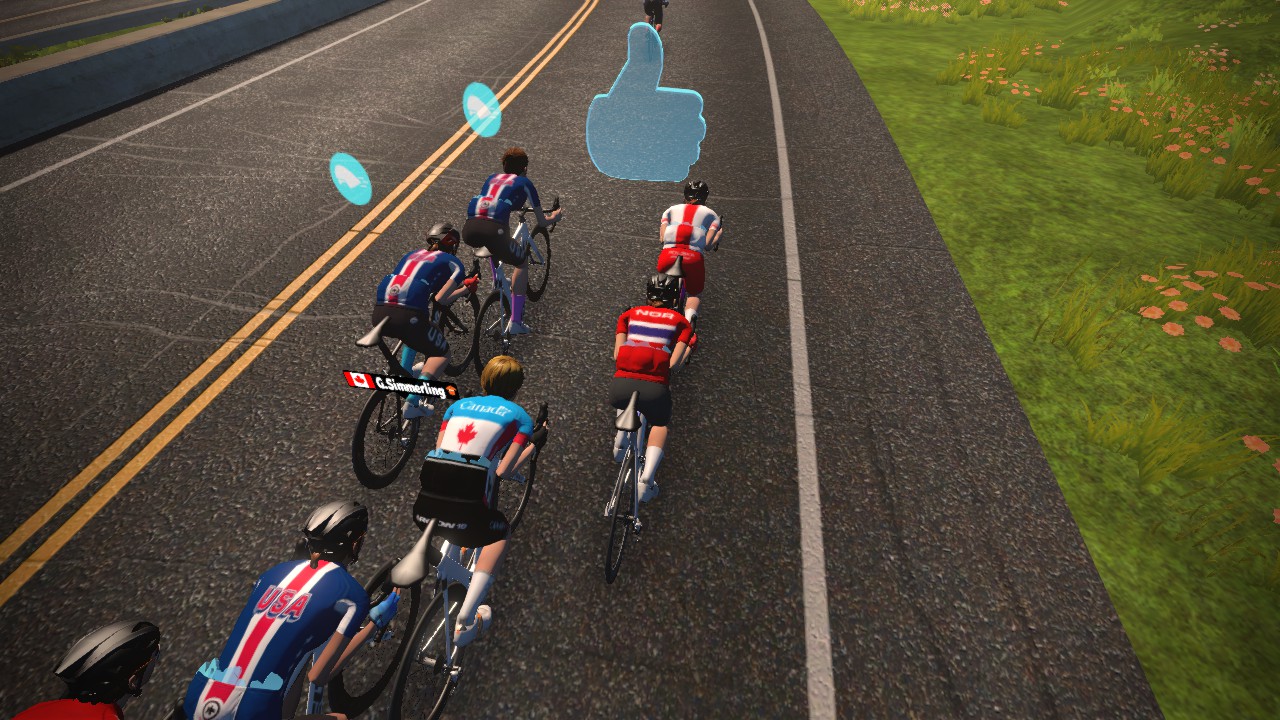 If you missed the race yesterday then you can watch all the highlight below or the full replay here. Whilst many riders either got shedded on the climbs or due to dropouts, all the main action happend on the final climb up to the finish line. We can also recommend the Zwift Community Live post-race review which you can watch here.

Overall, this was a fantastic spectacle for the sport of Eracing and certainly would have brought more attenion through all of the media coverage. For certain, there were some big improvements here to ensure things were as fair as possible - namely, having everybody on the same trainer. With that, it does make the legitimacy of the result seem evident and that can only be a good thing. This being the first attempt to do something at this scale means that there were always going to be some teething issues. The biggest was definitely when it came to the quality of the indoor trainers themselves with many riders (not just our own) suffering from dropouts and generally under-reading in dual-recordings. So there is a need there for the industry to work together on some shared standards to avoid these issues in the future. We're also unsure whether the implementation of a "triple-draft" to the in-game physics lead to more entertaining racing? For sure, it meant that more riders were able to survive the race which possibly looks better. However, it also leads to a less agressive style of racing. Lastly, there needs to be a better process for allowing more Eracing specialists the opportunity to race for their countries. Hopefully, some Federations like the UK and Netherlands will have woken up to this after some of their top athletes were dropped early on in the races.

We'll be sure to do a complete dissection in our end-of-year podcast. So whilst there are some fundamental issues to be resolved it's hard to not feel optimistic about the future, both for the sport and for our team. Expect to see us back and fighting for the rainbow bands again next year.