Canyon ZCC top the table at the Tour de Zwift

For several weeks throughout Janaury and February, Zwift ran the 'Tour de Zwift': A multi-world tour featuring group rides and races for the whole community. Before the launch of each 'stage' there was a 'Pro-Am' race which Zwift livestreamed and featured some nice ditties for light entertainment before the start. Both our MENs and WMNs squads particpated and were joined by other teams from the community as well as some "Pro" teams from the road cycling scene who fancied trying their hand at eRacing.

Overall, it was a successful campaign for the team with the MEN coming out victorous across the series winning 3 out of the 4 races. The WMN took 3rd overall after a fiercely contested battle in which they made the podium 3 out of 4 times. Across both men's and women's disciplines, the Canyon eSports team came out as the No. 1 team.

What did the team have to say?

"Loved the short race format of TdZ made it fast and furious, and fun at least for the viewers"

"The races were among the most intense that I have ever done on Zwift. The strong competition made everyone push their limits. I loved the format with shorter races. More exciting for the fans, less holding back by the competitors."

"The race format suits us so well and having a team capable of monopolising the spots in the top 10 definitely made things easier. The rest was all about planning, in order to secure enough extra points just in case something went wrong at the end. Again, riding for Canyon ZCC is blessed! As simple is that!"

"It has been an intense experience. This format with very short courses meant full-gas racing every week from the start to the finish. I am happy to have been able to contribute with points to the team and finish 3rd in the overall team standings. Super pleased for the mens side for standing on the top of the podium three out of four times! I must also congratulate the DBR ladies for outstanding perfomances. But watch out, us Canyon ladies are eager to climb on the podium, and there is only one spot on the top... Bring it on!

In the last race - there was also a cool interview with the British National champion and fellow welshman Matt Rowe. You can watch that below 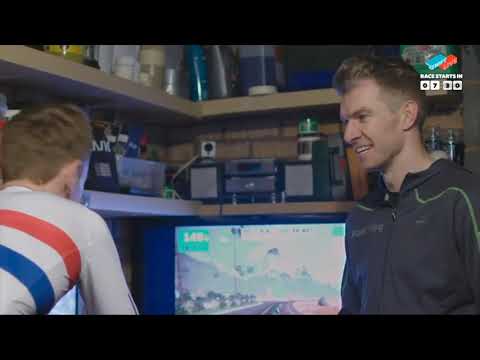 Last, but not least, the team has decided to donate 10% of their winnings to Qhubeka which is enough to purchase 3 bikes for the charity. Wherever possible we will try to give back to those less fornunate and will look at different charities that enable us to do that. We hope eRacing has the potential to grow to be a bigger sport which will allow us to give back more in the future.

Up next is the Tour of Watopia which both squads will also be racing in. Here's the schedule: