On Sunday 8th March we saw the first round of the Tour of Watopia 'Pro-Am' racing series organised by Zwift. First up it was the ladies with a host of teams from the Community plus a couple of WWT teams keen for some more punishment. Of course, the Canyon team was there in force with a full team that included Mary, Kristin, Claudia, Ione and Siri. Unlike the Tour de Zwift, this time the competition is not team-based but an individual classification. This adds a completely different dynamic to the point scoring. We've experienced a similar setup in the likes of the Kalas Cup but never with one of Zwift's own race series.

The team went into this first race without a clear GC leader as we have several different riders who could win. Instead, we decided to play it by ear and focus on marking the Heino team of Houbak, Whitelaw and Hansen. These are three of the strongest female riders on Zwift and we knew we had to keep a close eye on them. The first round was on the 'Watopia Flat' route which is probably the most tame of all the loops to race on, and with few opportunities to cause a split in the pack. However, the one place where it is possible is after the first sprint and that is exactly what happened as the Heino team kicked hard in unison for the points and then continued to press on up the small incline that followed it. Normally after a sprint the riders sit up and everyone behind expected the same to happen here, but it didn't. It took over half a lap for the second group to make it back to the 11 riders at the front and we knew the same tactic would be used on the final lap. That's exactly how it went down: Mary and Kristin made it into the selection, Ione ended up in no-man's land and had to fall back to the second group where Claudia was. It would all come down to the final sprint. On Mary's screen she easily made it first to the line but on the live coverage it was a lot closer - check it out!

With that, Mary Wilkinson becomes the first person ever to win a 'yellow leaders jersey' on Zwift. Not a bad claim to fame at all. She will wear this jersey instead of the team jersey in the next of the women's races. The team will now coalesce around her and Kristin as we work to defend the jersey. Here's what Mary had to say:

Getting my first win in Canyon ZCC colours in the first Tour de Zwift race was a fantastic feeling! To do it in a race absolutely stacked with the best riders in the Zwift peloton on International Women’s Day made it even more special.

I’m really excited and honoured to be the wearer of the first yellow jersey on Zwift in the next race, and we’ll do everything we can as a team to do it proud and hopefully keep hold of it! 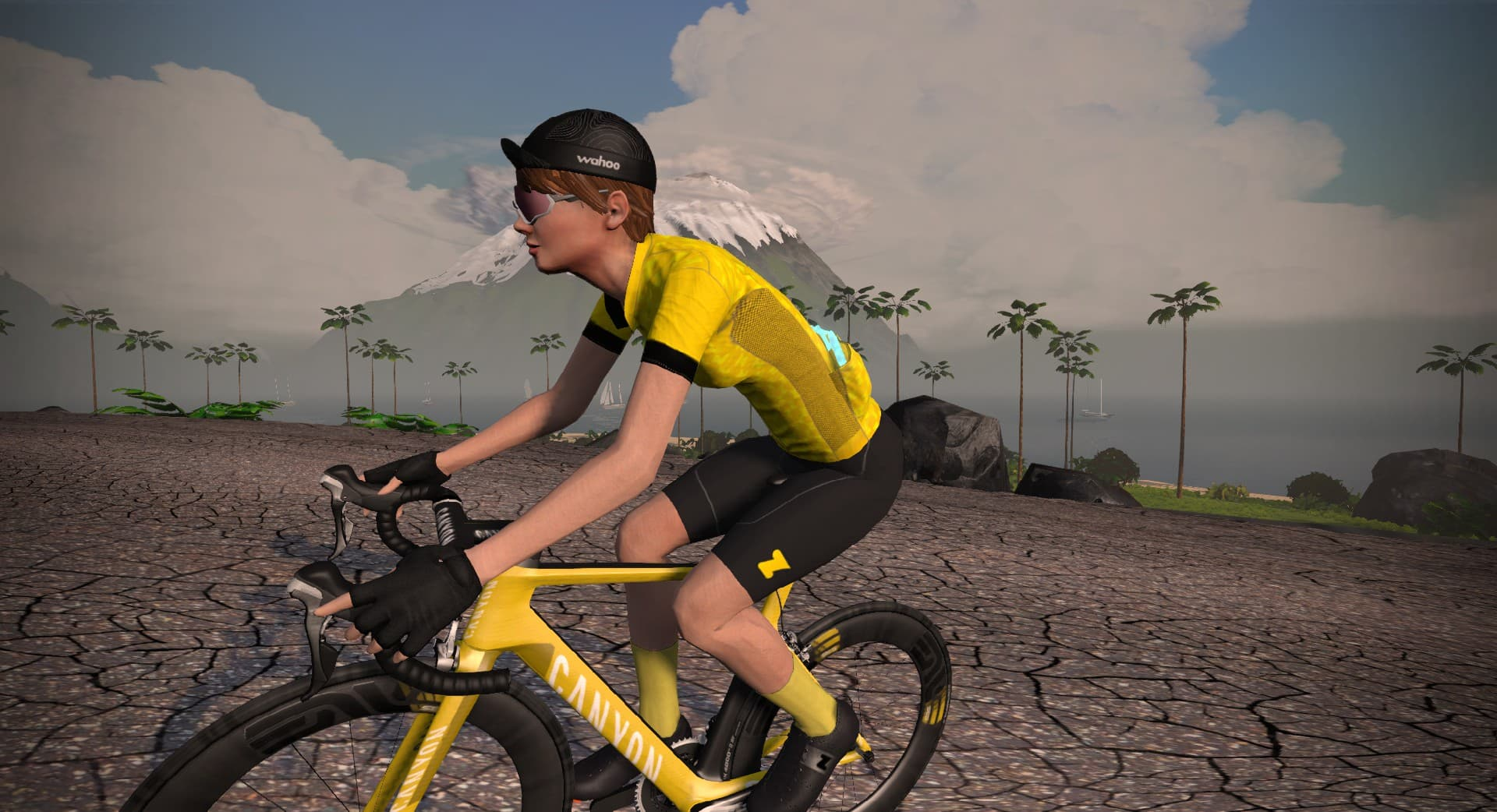 Next up is the men's race and you can find the full schedule below.

Here's how the points look for the women after Round 1. 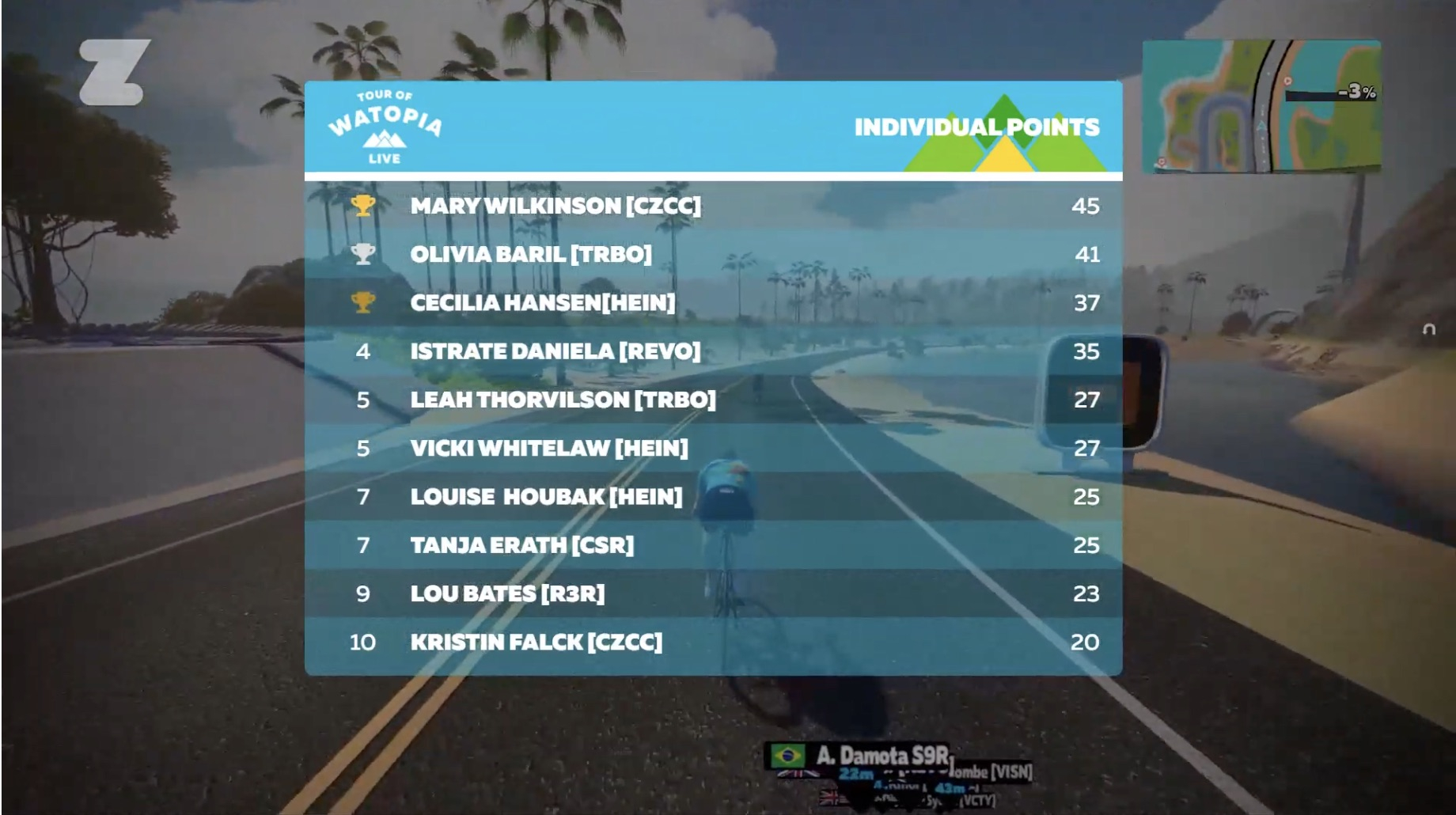